EYOWN Technologies S.L. is a biotechnology company from Madrid (Tres Cantos) specialized in the optimization of laboratory processes through instrumentation and bioinformatics tools.

Our staff accumulates more than 25 years of experience in the pharmaceutical and biotechnology industry. Through our laboratory of the S2B Technology Park of Tres Cantos, we offer our clients different services for the automation of their laboratory processes and the treatment of the generated data; For this we use the most advanced and modern robotic technology connected to our LIMS systems.

Our team is formed by professionals with a double profile, Scientific and Bio-informatic. This mixed training allows us to understand the scientist in his needs and requirements, we speak the same language, and we also have our own experience in various research areas: 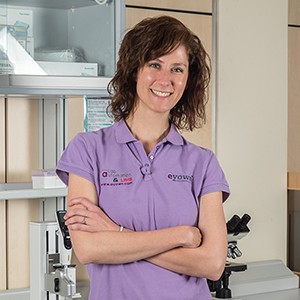 Graduate in Biology and Master in Biophysics.

Professional with 11 years of experience in the field of drug discovery, manufacturing, conducting various types of biochemical and cellular assays, and the Automation of laboratory processes in centers such as the National Cancer Research Center (CNIO), the industry pharmaceutical company (Merck, Sharp & DOHME) and the company MEJORAN LAB AUTOMATION SL 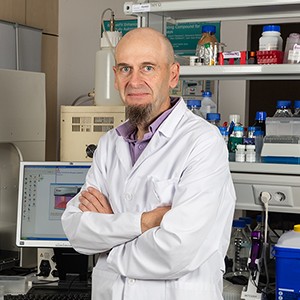 Professional with 21 years of experience in the commercialization of instrumentation and reagents in the biotechnology area in companies such as Tecan, Bonsai Technologies or Ecogen. Of these, 14 specialized in laboratory automation equipment.

5 years of experience in a research laboratory (INIA) with 7 international publications. 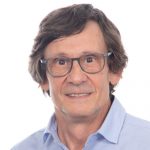 More than 30 years of experience in Commercial Support, Technical Assistance and Organizational Management.

The last 14 years as Service Manager for Spain and Portugal in a Swiss company.

He did a Master in Digital Marketing and e-commerce. 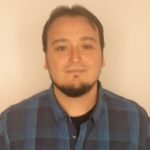 Graduate in Biology and Master in Health Biotechnology.

Professional with 8 years of experience in the biotechnology sector, in the field of production and purification of drugs for animal health, quality control under GMP regulations and various types of biochemical, molecular and cellular tests. 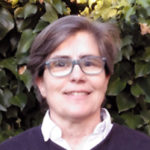 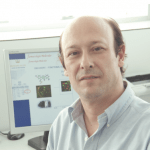 59 years old, Doctor in Biology, Scientific Researcher
of the CSIC, directs the Molecular Pharmacology group in the Department of
Molecular Biomedicine of the Center for Biological Research.

36 years of
research experience, 22 years in academic institutions. 14 years in
R&D in the pharmaceutical industry, 12 as Director of R&D in the international area
Drug Discovery at Merck, Sharp & Dohme, SmithKline Beecham and
PharmaMar. Member of the International Scientific Committee for R&D of these
pharmaceutical companies.

Author of 46 publications in international magazines
specialized and responsible for 40 international patents for new compounds and
processes. Guest speaker at public research institutions and
private, national and international.

European Commission evaluator,
Ministry of Education and Science and the Ministry of Industry, member of the Committee
Director of European Consortiums as representative of MINECO (ERA-NETs and
JPIs). Consultant for pharmaceutical and biotechnology companies (e.g., Genentech,
GlaxoSmithKline, MGMis, Best @ n, eYOWN, DOMCA). 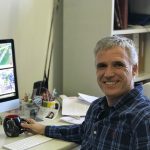 He studied biology at the Complutense University of Madrid, Spain (1988-1993) and in 1994 he obtained a master's degree in plant physiology.

In 1999, he completed his doctorate in biochemistry and molecular biology at the Institute of Catalysis (ICP-CSIC, Madrid).

From 2001 to 2003, Dr. Alcalde took a postdoctoral position at CALTECH under the direction of Prof. Frances H. Arnold.

After his return to ICP-Madrid, he was appointed a CSIC staff scientist and promoted to CSIC researcher in 2014.

He has participated in more than 10 consecutive European projects and several research contracts with industries.

He is the co-author of several patents and more than 100 SCI articles.

She studied Chemistry at the Autonomous University of Madrid (1986-1991) and received a doctorate in Analytical Chemistry and the Environment at the Université de Bordeaux I in 1996.

Later, she joined the Disc. Analytical Chemistry of the UCM with a Reincorporation contract from the Ministry of Education and Science, and between 2001 and 2005 she was the beneficiary of a grant from the Ramón y Cajal program for suitable researchers.

Regarding the teaching side, she was Associate Professor at the University of Huelva, and since 2005 she has been hired at the UCM, first as a Contracted Doctor Professor and since 2008 as a Full Professor, combining these tasks with the position of Vice Dean of Students of the Fac. Chemistry from 2010 to 2018.

She has made several pre and post-doctoral stays in international centers (France, Italy, UK, USA); She is the co-author of more than 50 scientific articles, four multi-author books, and two patents.

She has participated in more than 20 research projects funded nationally and internationally.

She has co-directed 6 doctoral theses.

She is currently working on several lines of research, all of them related to metallic pollutants and nanoparticles in different solid samples of environmental and biological interest.

This website uses cookies to improve your experience while you navigate through the website. Out of these, the cookies that are categorized as necessary are stored on your browser as they are essential for the working of basic functionalities of the website. We also use third-party cookies that help us analyze and understand how you use this website. These cookies will be stored in your browser only with your consent. You also have the option to opt-out of these cookies. But opting out of some of these cookies may affect your browsing experience.
Necessary Always Enabled

Any cookies that may not be particularly necessary for the website to function and is used specifically to collect user personal data via analytics, ads, other embedded contents are termed as non-necessary cookies. It is mandatory to procure user consent prior to running these cookies on your website.