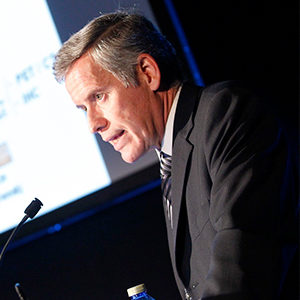 Juan Manuel Domínguez received his PhD in Biochemistry from the Complutense University of Madrid, where he was awarded the Extraordinary Undergraduate and Doctorate Prizes in 1987 and 1992.

After his academic period, in which he specialised in protein chemistry and enzymology, he accumulated nearly thirty years’ experience in research in the pharmaceutical industry, focusing his activity primarily on the initial phases of the drug discovery process.

In 1992, he joined the Biochemistry Department of the multinational pharmaceutical company Glaxo as a researcher, where he worked for several years on the identification of new anti-infective agents and research into their mechanism of action.

In 2001, he became head of the Assay Development Department at GlaxoSmithKline, where he focused on the biochemical characterisation of new therapeutic targets, the development of biological assays in high-throughput format and the execution of the relevant studies to understand the mechanism of action of the chemical compounds selected in these assays.

During these years, Dr. Domínguez led international projects involving experts in various scientific disciplines and worked in several laboratories outside Spain. In 2008 he joined PharmaMar group companies, first at Noscira where he headed the Drug Identification Department and since 2013 at PharmaMar where he headed the Screening Department.

He is the author of more than 40 publications and book chapters as well as several patents and oral presentations. A member of the editorial board of the Journal of Biomolecular Screening from 2012 to 2017, he is a frequent reviewer of papers for numerous publications in the sector such as SLAS Discovery, Biochemical Pharmacology and Theranostics. He also collaborates as a lecturer in several postgraduate master’s degrees at the Complutense University of Madrid and the Autonomous University of Madrid.

This website uses cookies to improve your experience while you navigate through the website. Out of these, the cookies that are categorized as necessary are stored on your browser as they are essential for the working of basic functionalities of the website. We also use third-party cookies that help us analyze and understand how you use this website. These cookies will be stored in your browser only with your consent. You also have the option to opt-out of these cookies. But opting out of some of these cookies may affect your browsing experience.
Not necessary
Any cookies that are not especially necessary for the operation of the website and that are specifically used to collect personal user data through analytics, advertisements or other embedded content are referred to as non-necessary cookies. It is mandatory to obtain the user's consent before using these cookies on your website.
Functional
Functional cookies help to perform certain functionalities like sharing the content of the website on social media platforms, collect feedbacks, and other third-party features.
Performance
Performance cookies are used to understand and analyze the key performance indexes of the website which helps in delivering a better user experience for the visitors.
Analytics
Analytical cookies are used to understand how visitors interact with the website. These cookies help provide information on metrics the number of visitors, bounce rate, traffic source, etc.
Advertisement
Advertisement cookies are used to provide visitors with relevant ads and marketing campaigns. These cookies track visitors across websites and collect information to provide customized ads.
Others
Other uncategorized cookies are those that are being analyzed and have not been classified into a category as yet.
Necessary
Necessary cookies are absolutely essential for the website to function properly. This category only includes cookies that ensure the basic functionalities and security features of the website. These cookies do not store any personal information.
SAVE & ACCEPT
Powered by